Marie & Dodo vs The Coronavirus 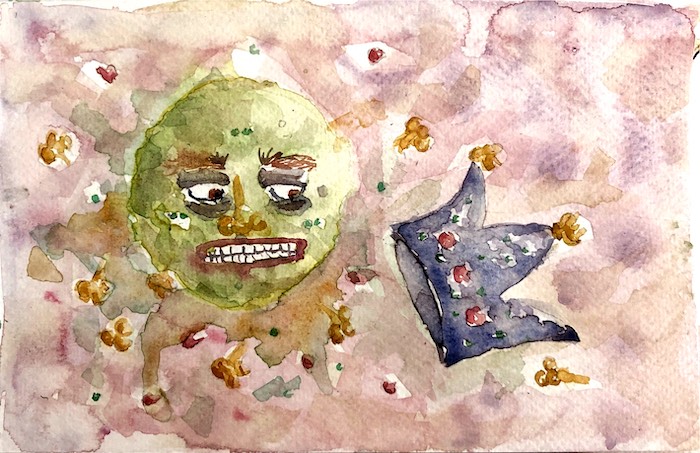 Once upon a time, an invincible virus was born.

It spread around the world at a supersonic speed. In less than three months, it was in more than 200 countries and had infected millions of people.

The virus was so overconfident that it decided to name himself after the Spanish word for crown (corona) “I shall be named the coronavirus and the whole world shall know about my greatness.”

The virus was sure it’d infect everyone because humans don’t like to wash their hands.

However, the virus didn’t count on Marie, an eight-year-old girl, and Dodo, her cat.

Marie was very astute and she loved science. She named her cat Dodo, after a flightless bird that went extinct 300 years ago.

One day, while Marie was staring at Dodo bathing his grey fur with his pink tongue, she had an idea. She figured how to encourage her friends to wash their hands.

She picked a marker and drew small circles with spikes on her hands that mimicked coronaviruses. She then thoroughly washed the ‘coronaviruses’ away, remembering how meticulous Dodo was when bathing himself.

Marie spread the word among her friends, encouraging them to draw ‘coronaviruses’ on their hands and to wash them away as often as possible.

Marie learned that the virus was very scared of soap because just like it did with the drawings, it could make the virus disappear. Each soap bubble made the virus weaker and weaker until it vanished. But there was a problem, outside of Marie’s house a lot of coronaviruses roamed freely.  Marie and Dodo watched as the virus grew stronger outside their house but it couldn’t come inside. All of the sudden, their house became the safest place on the planet.

Inspired by Marie and Dodo, everyone in town stayed inside their houses and washed their hands frequently. After some time, the evil virus got tired of looking for people on the streets and decided to go away. The virus disappeared thanks to Marie and Dodo.

Play like Marie: draw two tiny circles with spikes on your hands and wash them away with soap and water until they disappear. If you do it multiple times a day, you will win the battle against coronavirus. 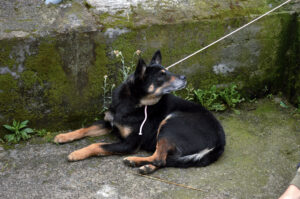